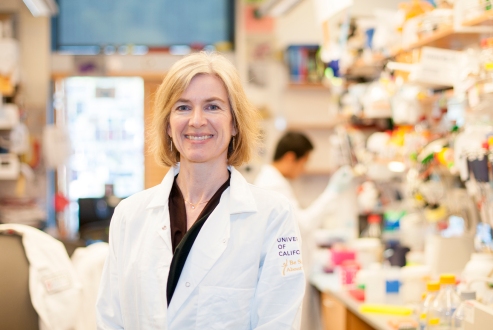 Interview given to Anna Meldolesi (Corriere della sera, 15 May 2018)

The CRISPR biomedical duel between China and the US has been called “Sputnik 2.0”. Is Europe being left behind?

JD: As with any disruptive technology, there is intense competition to lead. However, unlike the space race, the CRISPR research effort is global and more collaborative. We consistently see key advances in CRISPR technology shared through scientific papers, written and read by research teams around the world. This collective approach has helped to democratize the technology. However, differing regulations across countries may impact how we ultimately translate research into real-world applications that can benefit the most number of people with the most need. Researchers in Europe have made valuable contributions to the development and application of CRISPR and will continue to play a role in establishing global standards.

CRISPR is a biotech tsunami, with over 3,000 papers indexed by PubMed in 2017 and updated versions of the Cas nuclease coming every month. Do you think the best is yet to come?

JD: This is a rapidly evolving field and, given that we still have a lot to learn about how these systems work, it is likely we will uncover more about the CRISPR technology. I am also particularly optimistic about the increasing number of possible applications of the technology.

How is CRISPR shaping the future of cancer research?

JD: CRISPR technology gives researchers a strategy to approach cancer treatment in a novel way, i.e. to edit a patient’s immune system to better fight cancer cells. This is an exciting advancement because it provides a way to specifically target the patient’s cancer cells and not healthy tissue. This approach can reduce the negative side-effects of many chemotherapy drugs.

The list of genetic diseases already fixed with CRISPR in the mouse model and/or human cells is impressive and ever-growing. How long will it take to go from the bench to the bed side?

JD: There are clinical trials utilizing CRISPR technology slated to begin this year. However, clinical trials are lengthy processes. It is an exciting time, but we should not expect any FDA approved and available treatments for at least a few years.

Some applications sound like science fiction, think of xenotransplantation and gene drives. Which has the most revolutionary potential in your opinion?

JD: Both applications can be transformative, but xenotransplantation might have the more immediate impact to people around the world. On average, 20 people per day die while waiting for an organ transplant. If we were able to meet this shortfall by safely growing human organs with human-compatible immune system markers in pigs or other animals, we could meet that need and save lives.

According to WHO antibiotic resistance is one the biggest threats to global health. How can CRISPR help solve the problem?

JD: Since CRISPR has been used by bacteria for millions of years to fight viruses (or “phages”), the system could be used to modify phages that attack bacteria to target specific antibiotic resistant bacterial strains. To achieve this, researchers might modify a phage so that it can place a marker on the bacterial DNA, hijacking the bacteria’s own CRISPR system to target its own DNA, and thereby killing itself. Another possibility is to modify a phage to be able to attack bacteria with its own CRISPR system.

One of the latest paper from your lab is about CRISPR-based diagnostics. Is there much room for improvement in this corner of science?

JD: Yes, I am excited about the possibilities of future diagnostic uses of CRISPR. The newly characterized Cas12a and Cas13a proteins both allow for unprecedented sensitivity. When turned on, Cas12a is able to detect DNA, whereas Cas13a is able to detect RNA. It is useful to be able to detect both and in different diagnostic applications, each of these sensitivities might be preferred. While my lab has shown that Cas12a can be used as an impressive diagnostic tool, we are still learning more about how it works. These proteins are dynamic with many moving parts and we are determined to understand how they all work together. The more we understand how this system works, the more real-world applications we will be able to develop.

Let’s talk about ethics. Are you more or less worried now than in 2015 when you helped organize the Washington Summit? What’s your uppermost concern?

JD: My worry is for the technology to be abused or mischaracterized in a way that damages the public perception, confidence, and acceptance of CRISPR as a tool for positive change. In just a few short years, our understanding of the CRISPR technology and the number of applications in development has significantly advanced but the core ethical questions around access, application, etc. are similar. We must continue to encourage transparent public debate and maintain a balanced approach that allows us to use CRISPR to improve the human condition.

If a genie were to grant you one wish, to be fulfilled in the next couple of decades, what would it be?

JD: My wish is for our society to continue to value and support fundamental scientific research. Like so many of our breakthroughs, the CRISPR technology is the result of curiosity-driven research. We must maintain that approach globally to fulfil the promise of CRISPR and to discover, create, and innovate in new ways that will help us as a species and benefit our world.