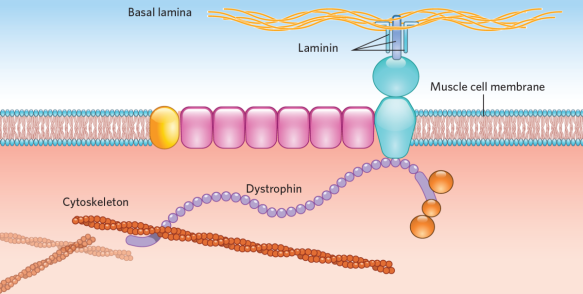 In 2013, multiple labs sharpened CRISPR molecular scissors against Duchenne muscular dystrophy, using cells from patients in vitro. In 2016, the dystrophin gene was successfully edited in mice. Then last summer, Eric Olson did it in dogs . Where are we now in the struggle to cure this severe type of myopathy afflicting 300,000 boys in the world? What is still needed to move into a clinical trial?

On the one hand, researchers are testing the maturity of editing techniques to make sure that they are ready for use in Duchenne patients. On the other hand, they are closely watching the progress of traditional gene therapy for Duchenne in search of ideas and data.

“We have got to learn from gene therapy 1.0,” said Ronald Cohn of the Hospital for Sick Children in Toronto, commenting on state of the art at the XVII International Conference on Duchenne and Becker muscular dystrophy, organized by Parent Project Onlus in mid-February in Rome. The evidence being collected in pre-CRISPR trials today will be useful to design CRISPR trials tomorrow.

The dystrophin gene is too massive to insert a working copy into a viral vector for delivery to the muscle. A possible way out is to provide a shortened version of the gene, producing a functional mini-dystrophin. Alternatively, the mutated sections can be skipped during translation.

Francesca Ceradini, scientific director of Parent Project, gave us a picture of pre-CRISPR trials going on in the US. To date, six patients have been treated with good results in the Pfizer trial, three subjects have been treated by Solid Biosciences with a low dosage that is set to be raised, and four patients are involved in the trial of Sarepta Therapeutics which is the most advanced and seems to proceed well.

The latter company also developed the only treatment based on exon skipping approved so far in the US. The effects, however, are transient and the approach may only help a minority of patients, those with mutations in the skipped exon. Genome editing is expected to do more than this.

Cohn said he is using CRISPR in three ways: downregulating a modifier of dystrophy severity (the osteopontin gene), fixing deletion mutations by restoring the reading frame of the dystrophin gene, and editing out duplications to get full-length dystrophin. Preliminary results are promising, but protocol optimization is ongoing, and the long-term effects need to be monitored.

Neither the Canadian researcher nor the other leading groups have seen any off-target mutations caused by CRISPR in their animal models. The results published by Charles Gersbach in Nature Medicine this week are also encouraging: the benefits of a single treatment are still evident in mice one year later.