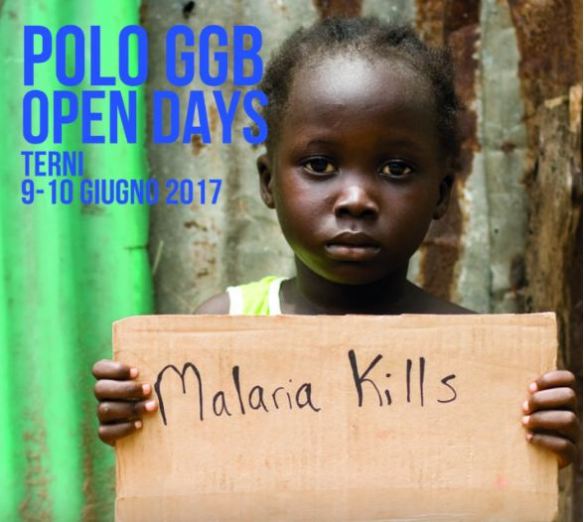 The Italian city of Terni is now a spot on the map of cutting-edge research due to its new genetic-ecology lab,  which is getting involved in the Target Malaria project funded by the Bill & Melinda Gates Foundation. For a couple of days, citizens are allowed to visit the facility which is part of the Genomics, Genetics and Biology Innovation Pole. That’s an example of real public engagement: everybody can talk to researchers and watch videos, but also enter the climatic rooms simulating tropical conditions and see the cages for the insects which are the tiny heroes and the target of a daring scientific challenge. The mission here in Terni indeed is to investigate if the idea of controlling genetically malaria, by introducing self-destroying Anopheles gambiae into wild mosquitoes populations, is set to work in real world situations.

“Our facilities and procedures have just passed the inspection of a group of international experts,” says Greta Immobile Molaro, CEO of the GGB Pole. “Transparency is a key ingredient for the Malaria Target project,” explains via Skype Andrea Crisanti, a molecular parasitologist who directs the London Imperial College institute where much of the advanced biotech work is done. “At the beginning, we were only a handful of visionary molecular biologists, but now there are a hundred people involved, including epidemiologists, mathematicians, ecologists, social scientists, experts in ethics and regulatory affairs. The network has expanded to include 16 institutions, from Italy to Kenya. We don’t just want to donate the technology to tropical countries; we want to develop it with them by investing in capacity building, tech transfer, and training”. Malaria kills 438,000 people every year, one child every two minutes, drugs and nets notwithstanding. That’s why Target Malaria is betting 100 million dollars on two strategies for genetic control. The first one is to destroy chromosome X during spermatogenesis, to produce only males mosquitoes. The second one is to sabotage a gene involved in female fertility. In both cases, the population should collapse. Researchers plan to spread these genetic modifications by employing the gene drive technology of which Crisanti is a pioneer. It is a molecular trick, based on CRISPR, ensuring that nearly all the offsprings inherit the desired mutation. However, nobody can be sure that strategies working in the lab also work outdoor. Terni, therefore, represents an interim stage between London and Africa to test the functionality and scalability of the idea, by investigating how wild type and anti-malarial mosquitoes interact. The first transgenic lines are arriving in two weeks and will be subject to three levels of control. Physical (thanks to the facility containment systems), procedural and environmental. “Anopheles does not reproduce below 18 degrees. Transgenic individuals need 24 degrees and in Italy cannot even find mosquitoes of the same species for mating,” explains Ruth Müller, the German ecologist who directs this biosafety 2 laboratory.