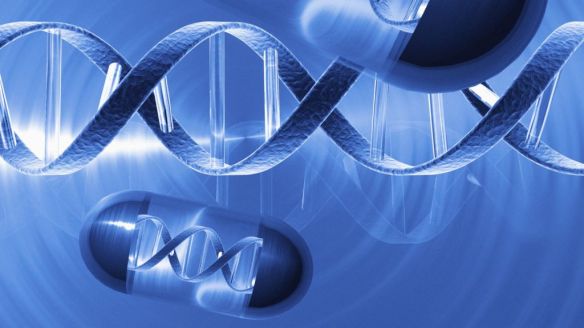 The aim is engaging: to treat an increasing number of diseases by correcting the underlying genetic defects. And researchers are breathing optimism at last. The San Raffaele Telethon Institute for Gene Therapy (SR-Tiget) in Milan has already treated 58 patients (including ADA-SCID, leukodystrophy, Wiskott-Aldrich syndrome and beta-thalassemia) and the count is approaching 300 worldwide. Moreover the promise of genome editing is looming on the horizon. We discussed the present and future of the field with the SR-Tiget director Luigi Naldini, who contributed to the latest report on human genome editing published by the US National Academies of Sciences and Medicine.

What is the state of the art in conventional gene therapy? Does it still only address rare diseases?

The appraisal is positive for ex vivo treatments, where cells are taken from the patient, manipulated and finally reintroduced. Progress has been relevant also for in vivo treatments, performed directly into the body. The second generation of vectors has proven to be safer and more efficient for gene delivery. Lentiviral vectors have already been used in several clinical trials to help immune cells fight tumors. We are also targeting common genetic diseases, such as hemophilia and thalassemia. The Strimvelis treatment, already authorized in Europe for a pathology affecting the immune system (ADA-SCID), is given to a dozen subjects per year. In comparison, a gene therapy for thalassemia could reach tens of thousands of people.

How is genome editing impacting the field?

The speed of CRISPR is more valuable in basic research than in clinical development, but it is a continually evolving platform, and its efficiency is also likely to increase. In the meantime, researchers keep up working with previous technologies for gene editing, i.e. Zfn (Zinc Finger Nuclease) and Talen. Editing can be used to make immune cells more aggressive toward cancers and usable even if they come from a donor. The first patient getting this kind of “adoptive immunotherapy” was a baby girl in 2015. Preclinical trials for this strategy were carried out by our institute in collaboration with Chiara Bonini and Sangamo Biosciences. Not to forget is also the experiment by Sangamo to bar HIV’s access to the immune cells.

What does CRISPR bring to the table?

Compared to conventional gene therapy, genome editing allows you to do more things. It may be used to fine tune the expression of the healthy gene, to inactivate the faulty one, and to convert the flawed gene into a well working one directly. Coming to CRISPR in particular, it is said to have democratized editing because it is easier to use than previous systems. It also gives the chance to target two or three genes simultaneously. For example, we may introduce new tumor specificity into the immune cells, and at the same time inactivate the original sequences that might be bothering, and also to release some brakes restraining the activity of T cells.

Any hurdle to overcome?

You must always reach the sites to be treated, as with conventional treatments. It’s easy when blood cells are concerned, less with brain or a muscle, for example. Then the toxicity of the treatment and its immunogenicity have to be assessed. The enzymes used to edit DNA come from bacteria, so the immune system could try to get rid of treated cells. In short, you need to be able to administer the treatment efficiently, transiently and unnoticed by the immune system.

How do you edit genes at San Raffaele-Telethon?

We have a project based on Zfn which could soon go to clinical trials; it targets a type of immunodeficiency. We also started a collaboration with Editas to address other immunodeficiency diseases with the help of hematopoietic stem cells edited with CRISPR. We are in the preclinical phase, and testing in humans is at least a couple of years from now.

Human germline editing is much more controversial because future generations would inherit the genetic changes. Should it be permitted?

Conditions for which it may be useful to edit the human germline are few, but even if it could help only a few individuals, one should not close the door. If we were reasonably confident that the procedure is safe and effective, there would also be ethical advantages in preventing the transmission of genetic diseases. We always talk about embryo editing, but it is unlikely that we will be able to do it efficiently. I think it is more realistic to expect the precursors of germ cells to be modified sometime in the future. Spermatogonia, in particular, could be edited in vitro and then transplanted again into the testes. For egg cells, one can imagine editing pluripotent stem cells and using them to generate oocytes in vitro. At that point, the dilemma of saying yes or no to inheritable changes would arise. The goal should not be to try enhancing physical or mental traits but to prevent the transmission of genes responsible for serious illness; this would be legitimate and realistic in my opinion.

Gene therapy is expensive. Who will pay when it is able to treat many diseases?

For in vivo treatments an intravenous administration may end the dependence on replacement therapy, think of hemophilia for example. I’m hopeful that industrialization will significantly lower costs by making gene therapy economically viable. Ex vivo treatments are a more complex issue because the cost of modifying the individual patient’s cells is high and not easy to cut. But transplants and some cancer drugs are very expensive as well. When therapeutic results come, then one can find a way to make the treatments sustainable, for example by spreading costs over many years and by modifying the regulatory pathway.

Any hope for developing countries to afford it?

Thalassaemia and hemophilia patients need repeated treatment with blood or blood products ensuring good quality of life. In developing countries, such replacement therapy is much more problematic. Gene therapy aims to be a permanent solution instead. Hemophilia may require only one day care treatment, while thalassemia would need a self-transplantation but it could hopefully be done even in developing countries. Gene therapy may become economically viable; it’s a valuable approach not only for rich countries.